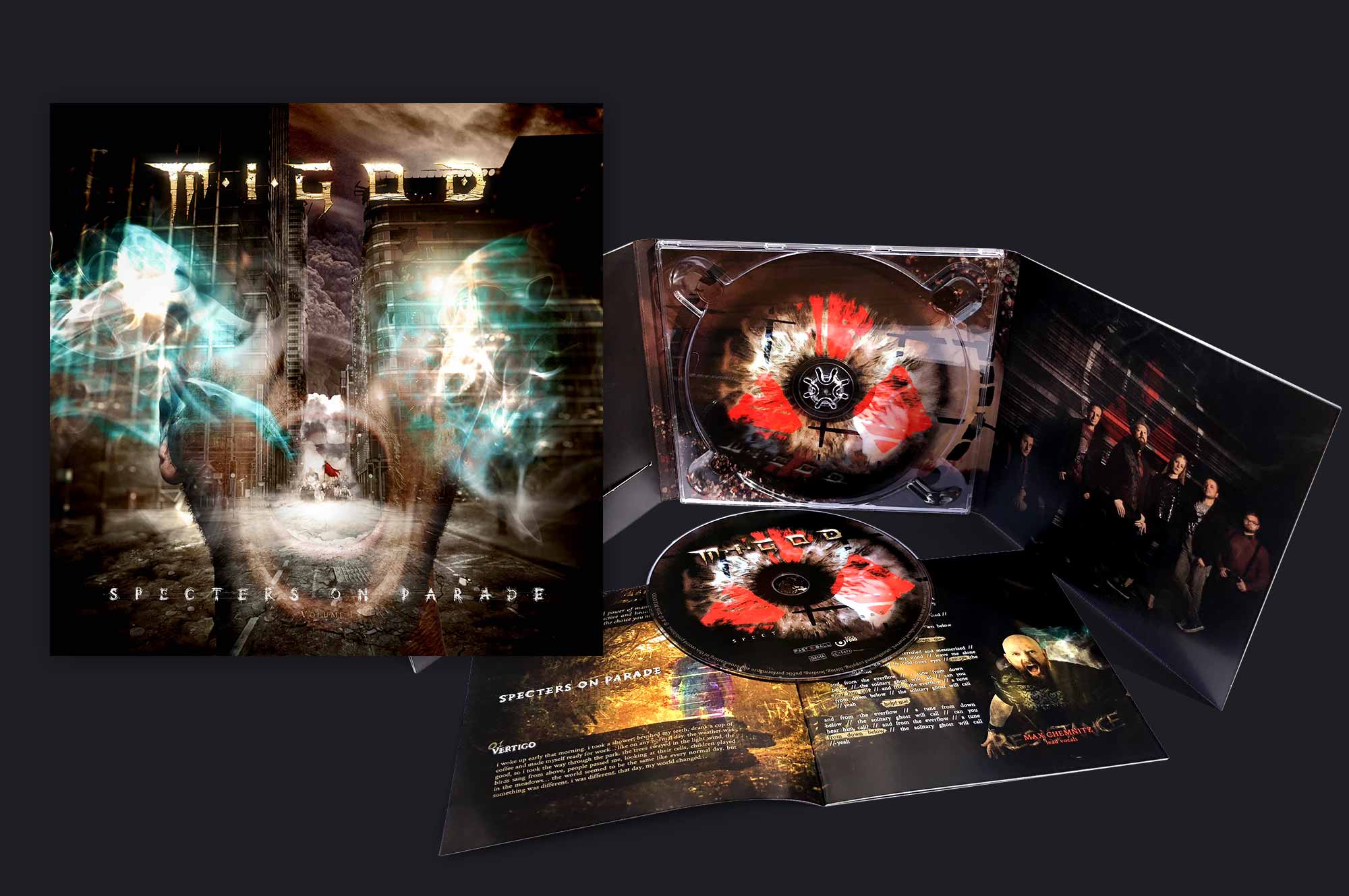 This epic concept album of my former band M.I.GOD. is the first since "Ages of the sun" that I didn't mix and master. Nevertheless I was deeply involved in the production. In lack of a drummer while recording the album I once again took over that duty and performed the drum tracks as well as the keyboards, synths and orchestration.
To make the story more accessible for the listener we decided to record interludes, that tell the story between the songs. I did all the vocal performances (except the female medic at the end) and all the sound effects and atmospheric soundscapes.

To top this whole thing off I designed a multi-page booklet and digipak that visualizes the songs and deepens the storyline. 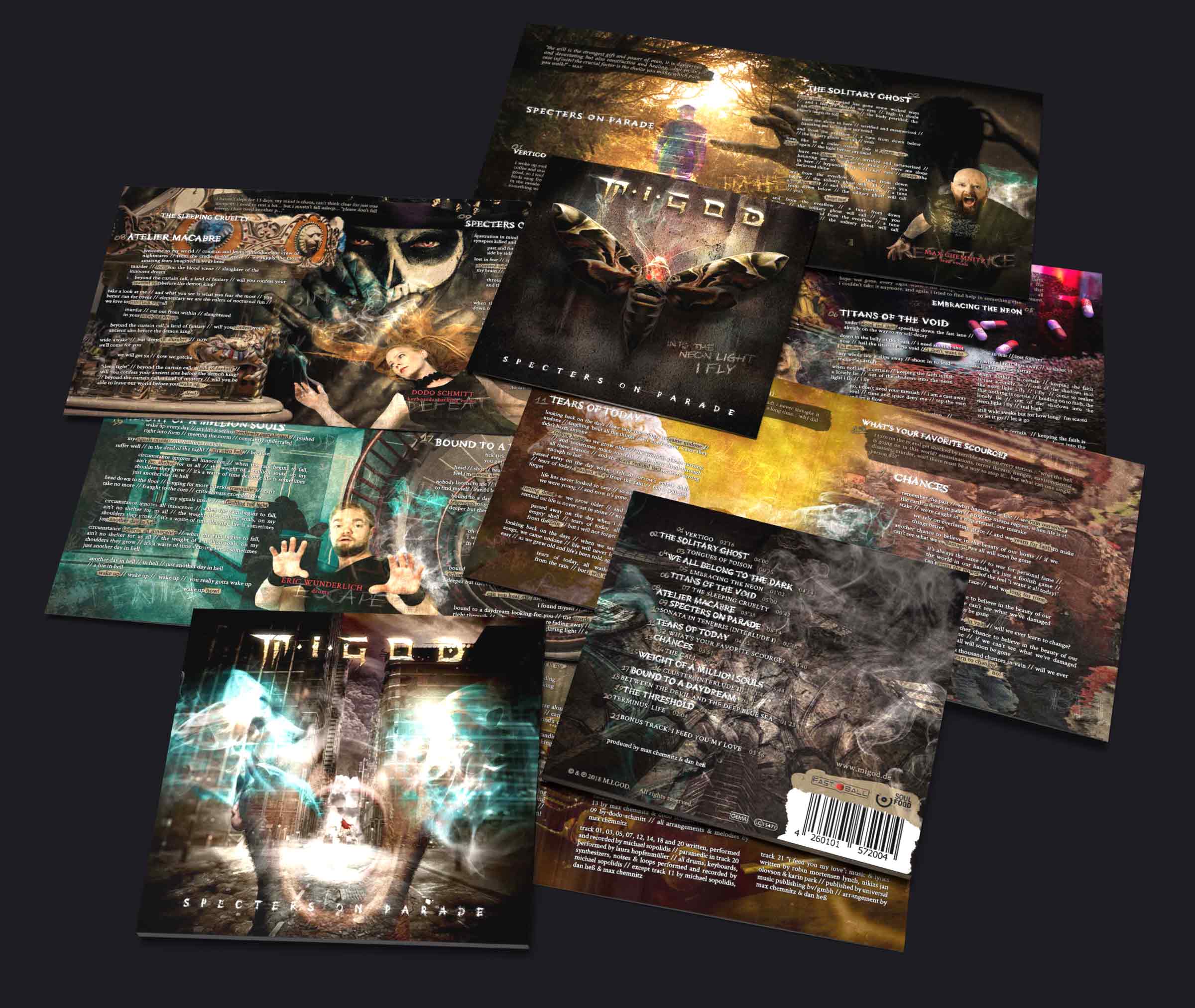 
I also starred in the first video for "Tears Of Today".